We all love to read articles like this, where some lucky person managed to lose weight and get incredibly ripped by eating pizza and junk food and hardly working out.

The secret is, this is crap. By selectively pulling out a few quotes, the message of this guy’s fitness journey is completely lost. Which is a shame because there’s probably a great message in there about keeping things in moderation, following a sustainable way of eating, working hard and still enjoying life while looking after your health.

Instead, it reads like we should all eat McDonald’s every day in order to get shredded.

Eating clean is not for everyone

So we all kinda know that we should be “eating clean”, which means living off lean protein and vegetables, drinking only water, and never touching a teaspoon of sugar. We also know that we would soon want to strangle everyone if we had to live like that.

So an article circulating the internet “revealed” that a 34-year-old from California tried eating clean in order to lose weight, and realised quickly it was not for him.

“I had a clean diet for a month and I was already getting the urge to binge. That was when I ditched the healthy diet and realised that if I ate normal portions of my favourite foods, I wouldn’t get those urges.” he says, “My weight was dropping every week and I was still able to eat so many delicious meals. It was amazing.”

Ok, so I totally believe that in order to maintain his diet he ditched the “clean living” approach, but not for one second should you believe this guy survives solely on smaller portions of junk food.

As most personal trainers will tell you, you could totally enjoy the occasional slice of pizza or cheeky takeaway once in a while, as denying those foods will leave you irritable and more likely to binge. But nowhere does it mention what he eats throughout the day. Are we supposed to believe he eats crisps for breakfast?

All without ever going to the gym

Anthony Brown is quoted as saying “I basically started working out to make sure I wouldn’t get stuck with excess skin. I didn’t spend much time in the gym though and I still don’t. It’s just not the type of person I am.”

Phew! We can all get absolutely shredded without having to go to the gym.

Although the article also says that in addition to sticking to a strict 2,000 calorie-a-day diet, Anthony worked out for an hour a day to drop 13 st in two years.

So that’s a 60-minute workout, 7 days a week, for two years. That adds up to 728 visits to the gym. So I call bullshit on “not spending much time in the gym”.

Clickbait crap aside, this is still a really inspiring story. Anthony saw that if he maintained his eating and lifestyle habits, his health was going to suffer. His sister had recently been diagnosed with diabetes and he took the potential threat of that illness seriously. So he made some significant life changes and then adapted those changes to make them sustainable and in order to keep his life enjoyable. And look at him now, he’s fit AF! 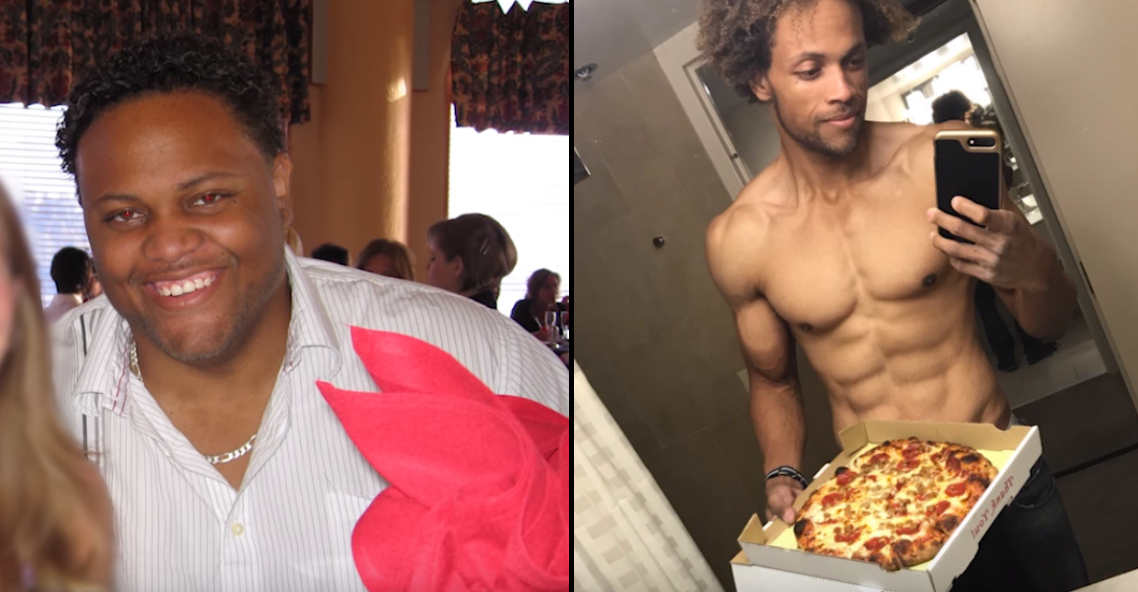 It shows that fitness isn’t a fixed set of rules, it’s about doing your best and what suits you.

If you want some impressive before/after pics like Anthony here, why not sign up for our next Gay Fitness Challenge? 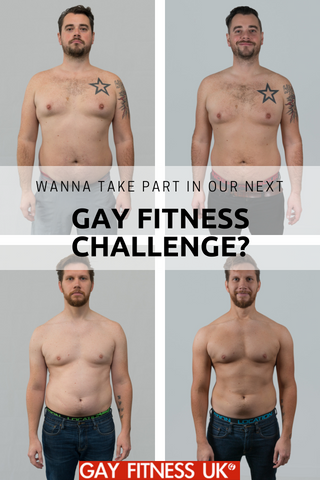 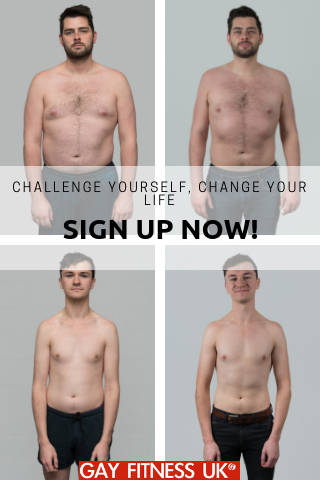 Work towards your own goal, with a training and nutrition program specially designed for you. You can train alone or take part in gay group exercise classes, and you’ll have the support of fellow gay guys who are going through the same thing you are.